We are incredibly proud of our Middle East and Islamic Studies MA award-winning graduates and would like to spotlight their successes and accomplishments during their time at Mason. 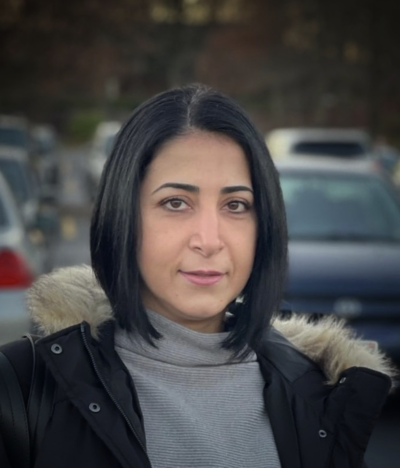 Manal Abou Abs is a journalist from Lebanon. In 2003, she received her bachelor’s degree in Journalism from the Lebanese University in Beirut. In 2013, she moved to the United States, then three years later, she joined the MEIS master’s program. To the full-time employee, also the mother of two, going back to college was a new challenge.

In George Mason, Manal made new friends among students as well as professors. All the courses she took at Mason were interesting, yet Manal thinks of Professor Abdulaziz Sachedina’s course “Islamic Texts and Contexts,” Professor Bassam Haddad’s “Discourses on Terrorism,” and Assistant Professor Yasemin Ipek’s “Refugees in Contemporary World,” as the most challenging among others.

As the program ends, Manal would like to thank all the MEIS professors for the effort and enthusiasm they have shown during the program and special thanks to Professor Haddad for the amazing lectures and discussions. 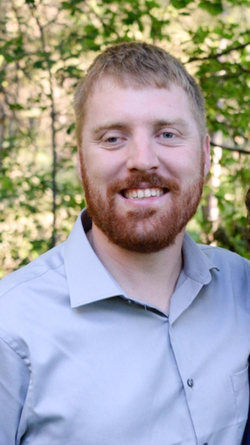 Alex is an aspiring scholar interested in Islamic ethics and their relationship to political and legal theory and contemporary application. He came to Mason after several years of living and teaching in the Middle East. The Middle East and Islamic Studies MA program has been a challenging, inspiring, and transformative experience for him. Mason has assembled a collection of faculty of the highest caliber who work together across several departments and disciplines and have built a community of exemplary scholarship, thought, and teaching. Alex owes particular gratitude to the Department of Religious Studies, and to his mentors and colleagues at the Ali Vural Ak Center for Global Islamic Studies.

Professors Abdulaziz Sachedina, Maria Dakake, Bassam Haddad, Peter Mandaville, and Naglaa Hussein have all played instrumental roles in guiding and encouraging Alex through their own scholarly commitments, dedication, and compassion. He will carry his debt to them and so many others wherever his journey leads. The academic and personal development this program has made possible is truly profound, and any success beyond Mason will be rightly attributable to lessons learned in MEIS.

Noah is a long-time Mason student, having earned their B.A. in Global Affairs here in 2015. Noah’s most valued experiences at Mason center around building community with Students Against Israeli Apartheid (SAIA) and the Native American and Indigenous Alliance (NAIA). Noah plans on gaining experience in the job market before moving on to a PhD in the coming years. They would like to thank professors Abdulaziz Sachedina, Bassam Haddad, and Yasemin Ipek for their vital support through the MEIS program. Studies. Here they learned from some of the best professors in their respective fields, each of which contributed in their own ways to Jeta's intellectual growth. Jeta continues to be interested in the relationship Albanian Muslims have with Islam, particularly those in the diaspora, and in the context of race and the racialization of religion. Jeta hopes to continue studying this topic in the form of a Ph.D. in the near future, as MEIS has further cemented the need to devote serious academic attention to this topic.

They would like to thank the following professors for their impact on a continuing journey through Middle East and Islamic Studies:

Professors  Huseyin Yilmaz, Abdulaziz Sachedina, and Ahmet Tekelioglu–––from whom it was a privilege to learn and whose lessons and support mean the world.

Dr. Noura Erakat, who is a true example of a scholar-activist,

And Dr. Bassam Haddad for founding the program and destroying myths about authoritarianism in the Middle East.

And last but not least fellow MEIS students for their especially their patience and constant support as Jeta brought a passion for speaking about Albania into any and all conversations. politics, Islam and politics, the foreign policies of world powers within the region, the politics of sectarianism, and more. He has used the skills and knowledge derived from the MEIS program to publish numerous academic and policy-oriented papers, including graduate journals at Cornell University, the University of Chicago, Towson, and more. Jon wants to sincerely thank Professors Bassam Haddad, Abdulaziz Sachedina, and Heba El-Shazli. It is hard for him to put into words how central these three have been in not only for his academic development, but for his development as a person as well. Jon will be staying at Mason to pursue his PhD in Political Science beginning next semester under the guidance of Bassam, Sachedina, and Peter Mandaville.